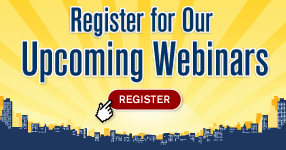 What is a Contraction Word?

A contraction is a shortened form of two words, often a pronoun and a verb (I + am = I’m) or a verb and the word not (is + not = isn’t), where an apostrophe takes the place of the missing letter or letters. There are many popular contractions that can be studied by students using our contraction games for kids and practice activities for the classroom!

First grade students learn that a verb and the word “not” can be put together to make a new word called a contraction, in which an apostrophe takes the place of the letter “o” in “not”. Word study of contraction word lists for Grades 1 and 2 focuses on contractions that simply combine the two words with an apostrophe in place of the missing “o”. Irregular contractions, such as will + not = won’t and can + not = can’t, are introduced in Grade 3. When building vocabulary, contraction practice in the classroom is important to building conversational skills as well as writing skills. Use our contraction games for kids to keep learning fun and engaging!

CCSS.ELA-Literacy.L.2.2C
Use an apostrophe to form contractions and frequently occurring possessives.

Have, Has, and Had Contractions: I’ve, you’ve, we’ve, they’ve

Words Confused with Contractions: its, it’s, their, there, they’re, who’s, whose, your, you’re, were, we’re, where’s

VocabularySpellingCity.com provides contraction word lists, printables, and interactive games and activities that give students the opportunity to use an apostrophe to form contractions.

Try Aim2Spell with the Grade 2 Possessives and Contractions list.