Tim Rasinski is a renowned professor of literacy education whose research on reading fluency and word study has made him a literacy hero to many. Below, he shares his thoughts on the importance of Greek and Latin roots.

Veni, Vidi, Vici!  — I Came, I Saw, I Conquered! Julius Caesar used these words around 47 BC in the Roman Senate to describe one of his military victories. It seems to me that if you are interested in your own students “conquering words,” Latin and Greek are the ways to go.

It’s pretty obvious that word knowledge is important when it comes to language in general, and reading (and writing) in particular. It’s difficult, if not impossible, to understand what we read if we don’t know what the words mean or if we are unable to decode words into their oral representation. The National Reading Panel (2000) confirmed this in its review of research into critical factors related to reading achievement. Phonics and vocabulary (word meaning) were two of the five essential factors for reading success. Yet, research by the National Assessment of Educational Progress (2013) indicates that vocabulary achievement of American students has been stagnant for the past 20 years. 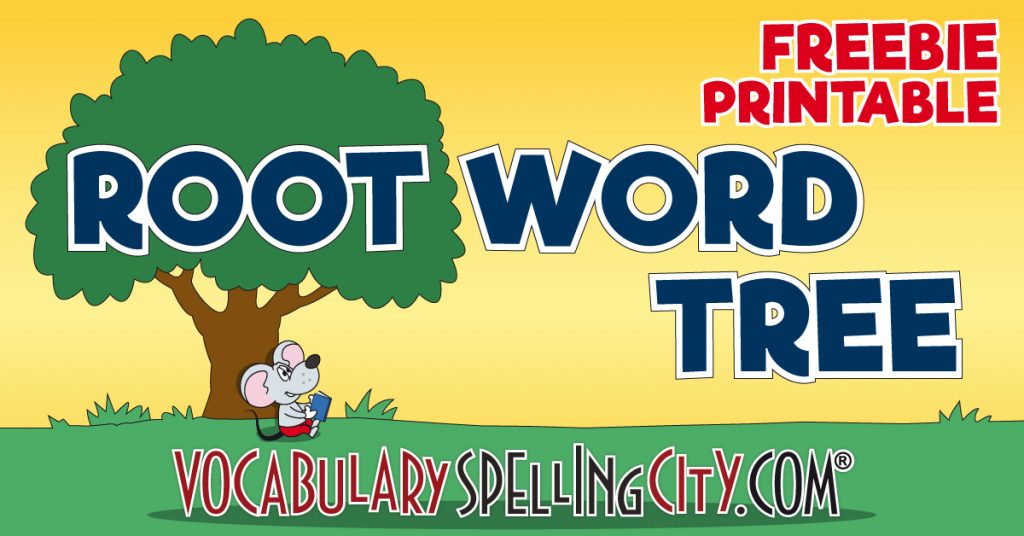 In a recent article in Edutopia, noted literacy scholar Nell Duke (November 6, 2017) outlined “Three Literacy Practices that Work”. At the top of her list of effective literacy practices was Morphology Instruction. Morphology refers to the meaning-carrying units in language and includes root words, prefixes, and suffixes. Duke points to research by Goodwin and Ahn (2013) that argues that instruction in morphemes leads to improvements in word decoding, spelling, and vocabulary; and because word decoding and vocabulary contribute to reading comprehension, there is evidence that morphology instruction leads to improvement in reading comprehension and overall reading achievement (Goodwin & Ahn, 2010; Goodwin, Lipsky, & Ahn, 2012), even in the elementary grades (Rasinski, Padak, Newton, & Newton, 2013), and even for children who struggle in learning to read (Goodwin & Ahn, 2010; Nagy, Carlisle, & Goodwin, 2013). Complement your lesson on Greek and Latin roots with VocabularySpellingCity’s grade-level vocabulary and spelling lists, such as this 2nd grade spelling word list, and watch your students’ skills improve.

Greek and Latin Word Patterns – the Roots of English Vocabulary

It is well-known that human beings have an ability to see patterns in their environments. Indeed, we take advantage of this in phonics instruction when we teach children word families or rimes. If we teach children the phonetic pattern –est they now have the ability to decode simple words such as best, crest, guest, jest, nest, pest, rest, test, vest, west and to partially decode more complex words such as siesta, jester, nestle, vestibule, and many more. This same generative principle applies to meaningful word patterns such roots, prefixes, and suffixes with one big exception. Besides assisting with the pronunciation of words containing these patterns, they are also powerful aids in determining the meaning of words containing the patterns. For example, if you know that the word root terr/terra that means “land” or “earth”, you now have powerful information to help you determine the meaning of words such terrarium, terrace, terrain, territory, subterranean, and extraterrestrial. You should even be able to figure out that the Mediterranean Sea was thought of the body of water that was in the middle of the earth. I wonder if Julius Caesar knew how much influence his words would have well beyond his military victory — that ven (meaning come) can be found in words such as intervene and convene, and that vid (meaning see) can be found in words such a video and videographer, and vic/vinc (meaning conquer) can be found in words such as victory, victor, and invincible.

Knowing that upwards of 90% of the academic words in English are derived from Latin and Greek roots, and knowing that one Latin or Greek root can help students unlock the meaning of 10 or more English words, it seems more than reasonable to think that an instructional emphasis on Latin and Greek roots could pay great dividends in improving students’ vocabularies (Rasinski, Padak, Newton, & Newton, 2008), as well as their reading comprehension and writing composition. Use the complimentary root word graphic organizer with students to build knowledge on Latin and Greek roots. 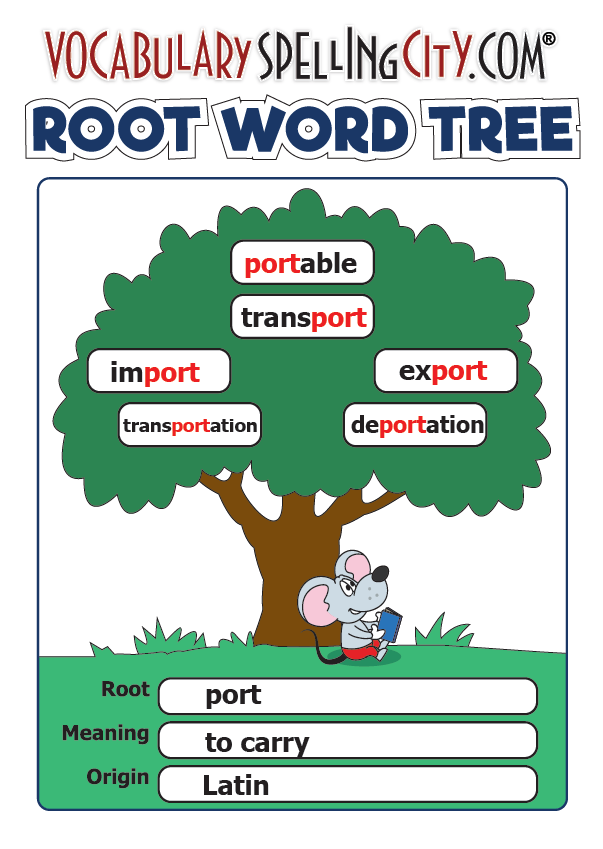 Get the Greek and Latin root graphic organizer.

Tim Rasinski is a professor of literacy education at Kent State University. His research on reading has been cited by the National Reading Panel and has been published in journals such as Reading Research Quarterly, The Reading Teacher, Reading Psychology, and the Journal of Educational Research. Read more about Rasinski here, or connect with him on Twitter @timrasinski1.

For more from Tim Rasinski, continue to follow us for his exclusive VocabularySpellingCity blog series and be sure to watch a video recording of his webinar “Automaticity (Fluency) in Word Learning Improves Comprehension”

Rasinski’s research on word fluency is cited in the report, “Applying Best Practices For Effective Vocabulary Instruction,” written by VocabularySpellingCity in partnership with McREL International.

If You Want to Expand your Students’ Vocabularies, Look to the Greeks and Romans

One thought on “If You Want to Expand your Students’ Vocabularies, Look to the Greeks and Romans”